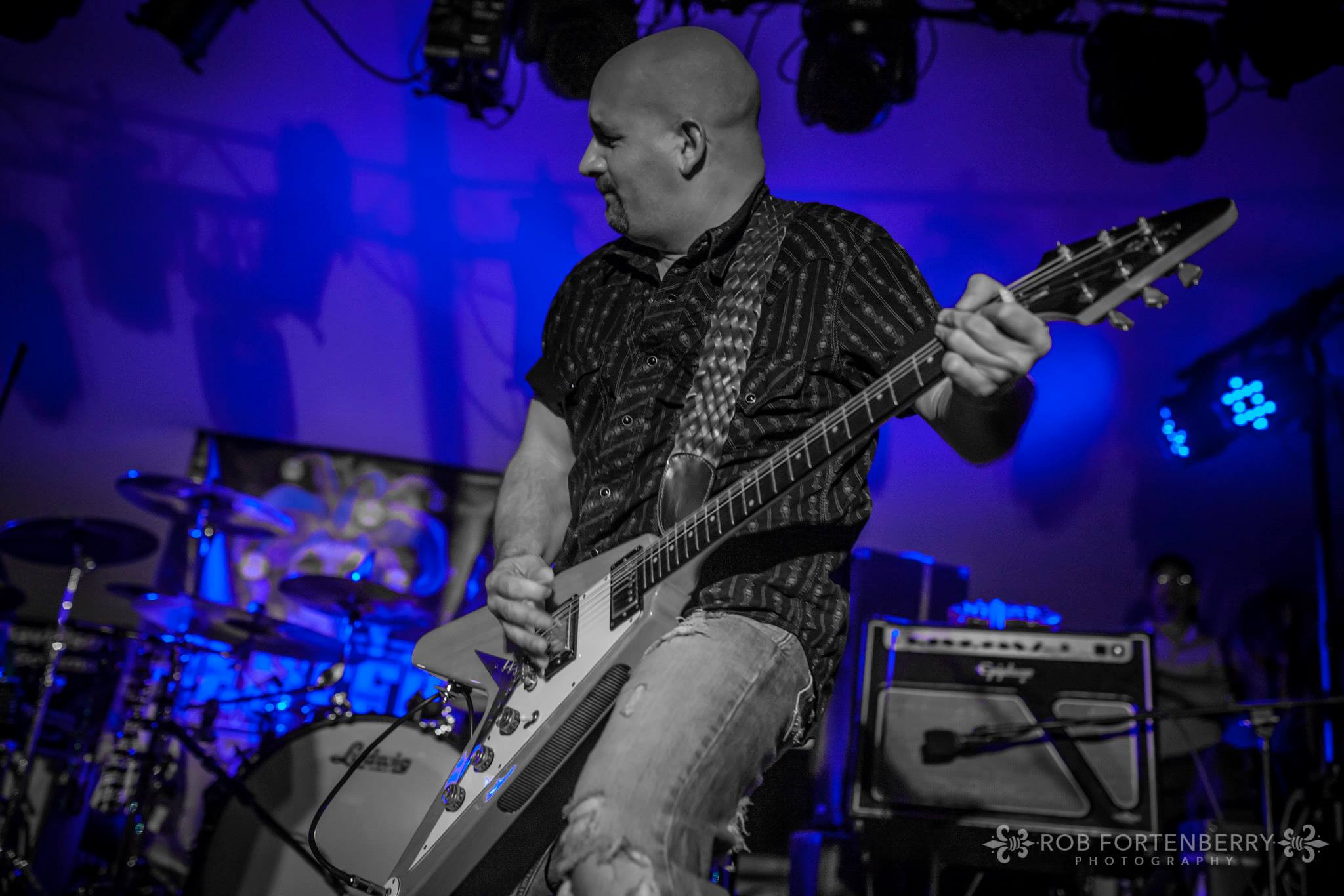 Scott has been playing guitar since the age of 14. He actually started on a different instrument. Scott was actually playing drums from the age of 3 years old. Playing along to his uncles Rolling Stones and Beatles albums on his uncles old Ludwig kit. Eventually after becoming extremely proficient at the air guitar (cutting his teeth on Kiss and Queen) he decided to switch to an actual guitar and started learning chords and some ear training to most of the Eagles catalogue (this is also where he feels he attained most of his ear for vocal harmonies). Scott did take about a year of formal guitar lessons from a local guitar instructor (Jeff Key – Cracked Actor). Initially he started to read and learn classical guitar but this was not meant to be (not to mention too much work for a lazy 14 year old kid that just wanted to play AC/DC songs). And that was all it took to get him going on his own. Scott sites many influences that span a wide variety of genres. Just to name a few guitarists: Randy Rhoads, Jimi Hendrix, Eddie Van Halen, Stevie Ray Vaughan. Overall band influences: Rush, Van Halen, basically any 80’s hair metal to stuff like Fleetwood Mac, Beatles, and Rolling Stones. Scott has been a member of Jester for about 4 years now.

“These guys (and girl – Linda) are like family. They’re some of my favorite people on earth. Being on stage with them is a blast every single time. Even the nights when a crowd might take a little extra work to get them going, these guys make it easy and fun. I feel lucky, blessed, happy to be a part of this Jester family.”